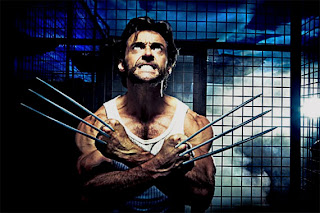 Hugh Jackman reprises the role that made him a superstarâ€”as the fierce fighting machine who possesses amazing healing powers, retractable claws and a primal fury. Leading up to the events of X-Men, X-Men Origins: Wolverine tells the story of Wolverine’s epically violent and romantic past, his complex relationship with Victor Creed, and the ominous Weapon X program. Along the way, Wolverine encounters many mutants, both familiar and new, including surprise appearances by several legends of the X-Men universe whose appearances in the film series have long been anticipated.
MOVIE PREVIEW ON THE NEXT PAGE
Gavin Hood’s X-Men Origins: Wolverine will be shown in theaters on May 1, 2009. This film is released by 20th Fox Century and co-starred by Liev Schreiber, Ryan Reynolds, Taylor Kitsch, Dominic Monaghan, Danny Huston, Lynn Collins, Kevin Durand, Daniel Henney, will.i.am