Today’s Mommy Moment’s theme is First Steps. Unfortunately, I was not able to capture my daughter’s first steps because the first time she walked by her own was during unexpected time.

Like what I frequently mentioned in this blog, my daughter was a bit late when she started walking. This maybe attributed to the fact that she was not an active baby. She’s been sleeping most of the time during the first year of her life. And I think she was traumatized when my husband was trying to let her stand alone. This may also caused her delayed walking.

The first time she walked was in church. She herself didn’t realized that she can already walked. She was trying to run after another baby in our church while I was holding her at the back through her sleeveless jacket. While she was running after the baby, I would let her run alone without her noticing that I already freed her up. I was really surprised that she can already walk by herself but once she realized that I no longer hold her, she would sit down and would just crawl. She was already one year and four months that time.

After few months more, she’s more confident to walk by herself and now she can endure to walk farther distances.

She was only six months when she started to use her walker, but not for so long because our helper broke it without telling us. When Ska used it again, she was hurt and since then, she no longer want to use her walker. 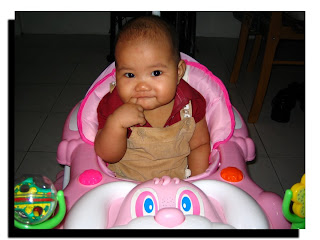 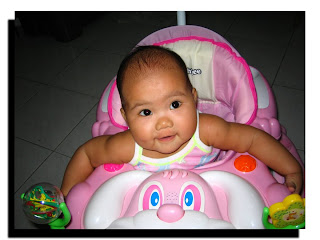 Her crib helped her exercised her legs and knees. She can walk inside the playpen while holding on the wooden bars. 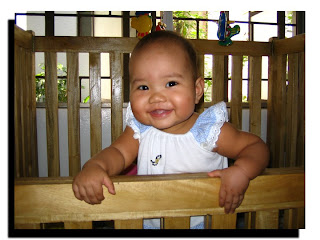 This was the time when my husband was letting her stand by herself while leaning on the wall. He was trying my daughter if she can walk by herself, but my daughter was traumatized instead. 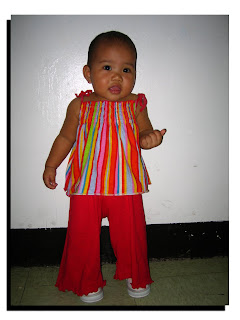 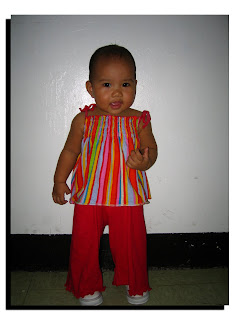 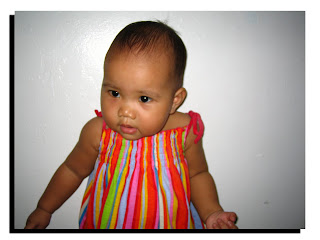 Two things I learned from this milestone. First, each child has his/her own time. We can’t force him/her but we can give some means to help them. Second, child’s trust and confidence can easily be broken, so we should be careful with it.